2020-04-28 09:09:32
[ Instrument Network Instrument Development ] Xie Xiaoyu, Ph.D. student of the "Sun Activity and CME Theory Research" group of the Yunnan Astronomical Observatory of the Chinese Academy of Sciences, and his collaborators, used magnetic fluid dynamics (MHD) numerical simulation to explore the disturbances generated during the solar burst. Their recent research published in the "Monthly Notices of the Royal Astronomical Society" presents important features not shown in previous simulations of volatility. 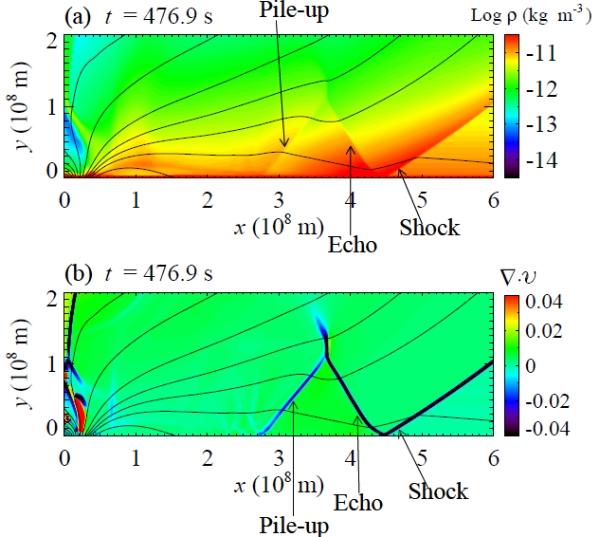 Solar bursts often produce various disturbances in the solar atmosphere, and large-scale disturbances appear as chromatic spherical Moreton waves and corona long-range ultraviolet (EUV) waves. The many peculiar features of these waves greatly enrich the research of solar physics, which not only enables people to have a more thorough understanding of the physical nature of the solar burst, but also provides a new window for diagnosing the corona plasma.
On the basis of the solar outbreak catastrophe model, Xie Xiaoyu and others explored the disturbance phenomenon in the solar burst process through MHD numerical simulation, especially the causes of some large-scale disturbances. They found that in addition to the disturbances that have occurred in past numerical experiments, there are some new phenomena. The magnetic structure moving outward during the explosion will excite a fast mode shock in front of it. The fast mode shock wave expands rapidly as it advances. As it expands to the bottom boundary, it interacts with the bottom boundary to form a Moreton wave, which in turn arouses the echo.
By comparing the simulation with the observation, Xie Xiaoyu and others first proposed the method of confirming the echo, and further showed that the echo can be observed, confirming the "true wave" nature of the EUV wave. According to the experimental results, they also found that during the evolution of the system, a part of the plasma accumulates behind the echo, forming a plasma â€œpile-upâ€ (Fig.) in the low corrugated area.
The significance of this discovery is that, on the one hand, the formation height and motion characteristics of the "stacking surface" are very similar to the disturbances produced by the fast CME observed at the EUV band at a given height, and the heights appear to be basically the same; on the other hand, The â€œstacked surfaceâ€ propagates outward behind the Moreton wave at a speed of about 1/3 of the Moreton wave, which is exactly the same as the ratio of the speed of some EUV waves to the speed of the Moreton wave. The results show that this plasma deposition surface is also a source of EUV waves. Using the data from numerical simulations, they further reconstructed images that could be "observed" in different bands. The results show that the characteristics of the "observed" EUV waves in different bands are different, which is in good agreement with the actual observations.
The work was awarded the Strategic Pilot (A) Research Project of the Chinese Academy of Sciences, the National Natural Science Foundation of China, the National Natural Science Foundation of China, the Chinese Academy of Sciences Joint Fund Project, the Yunnan Innovation Team Project, and the Yunnan Provincial Ten Thousand Plan - Yunling Scholar Project. And the support of the Chinese Academy of Sciences International Talent Program.

Skid steer loaders are also known as skid steer loaders, multi-purpose engineering vehicles, and multi-functional engineering machines. It is a wheeled special chassis device that realizes the steering of the vehicle by using the difference in line speed between the two sides. It is mainly used in occasions where the work site is small, the ground is undulating, and the work content changes frequently.


It is suitable for infrastructure construction, industrial applications, terminal loading and unloading, urban streets, houses, barns, barns, airport runways, etc., and can also be used as auxiliary equipment for large-scale construction machinery. There are two types of skid steer loaders: wheeled and tracked.

We are located in Jining city,Shandong province with convenient transportation access. Dedicated to strict quality control and thoughtful customer service, our experienced staff members are always available to discuss your requirements and ensure full customer satisfaction.

In recent years, we have introduced a number of advanced production equipment, and also have an excellent production team and a complete quality assurance system to ensure that each batch of goods is delivered to customers in a timely and high quality.

We also have an excellent management team, experienced technical staffs and professional sales team to solve all problems you encountered before and after sales. In addition, we have obtained I S O 9 0 0 1:2 0 1 5 certificates. Selling well in all cities and provinces around China, our products are also exported to clients in such countries and regions as United States, Europe,Australia, Southeast Asia,Russia,the Middle East,Africa. We also welcome OEM and ODM orders. Whether selecting a current product from our catalog or seeking engineering assistance for your application, you can talk to our customer service center about your sourcing requirements. 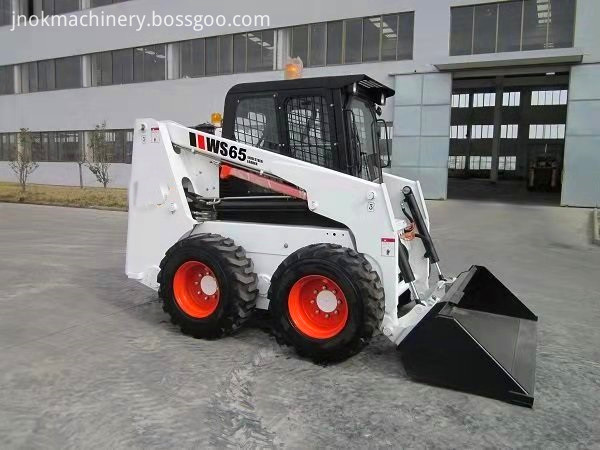